Like today's strip. It's called "Click and Drag." Do so on that last panel. And your jaw might drop more than once. I did that. Laughed out loud a lot, too.

ComicMix's Glenn Hauman has the strong feeling that this strip contains "the biggest comic panel ever":

At 165888 x 79872 pixels, or 1.3 terapixels, the image would fill the screens of 4212 iPads with retina displays in an 81 x 52 grid. The grayscale image is 12.3 gigabytes in size. If it was printed at a size big enough that you could see the people, it would cover a football end zone. And as you might expect in a Randall Munroe comic, there are little treasures to be discovered all over the place. I don’t want to spoil the fun, but yes, Waldo’s in there too.

Getting lost in that panel? Some of the beautiful geeks in this world have created a zoomable version. It's like Charles Eames's Powers of Ten with jokes.

However the hell you think of this, Randall Munroe, bless you for it.

Ridin' the rails, in late-afternoon light: 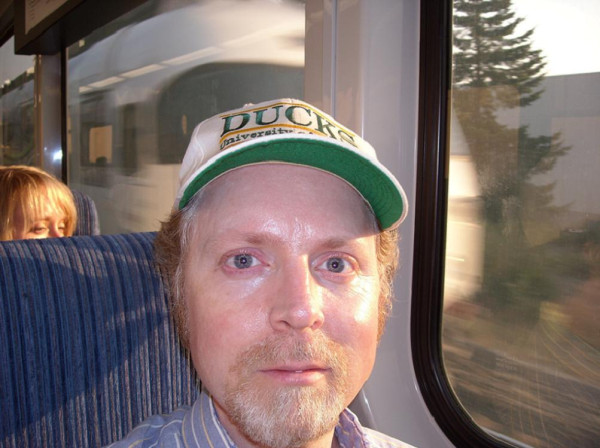 I took this one-handed soon after the train left the Wilsonville station. A southbound WES train is in the background.
Collapse