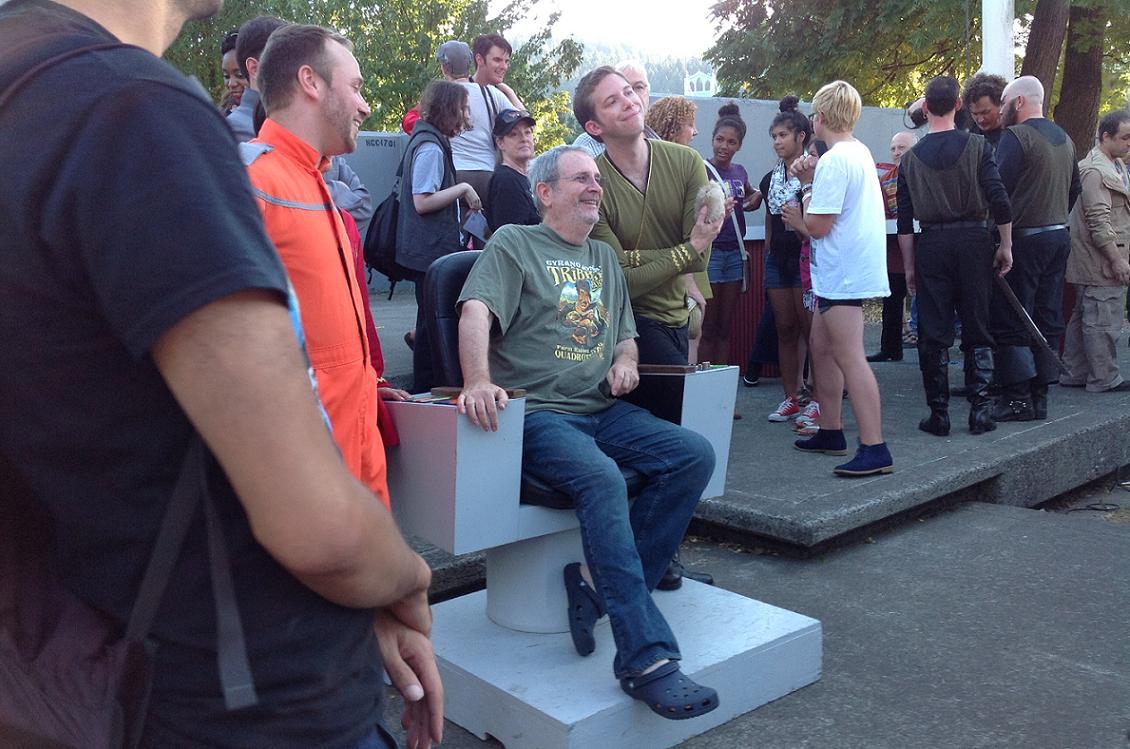 David Gerrold wrote that episode of Star Trek when he was still in college. That was the start of a career that's still going. He was a surprise guest of Atomic Arts for yesterday's performance of his episode, sitting among the rest of the audience and truly enjoying how the cast was delivering his lines (and his jokes).

I saw actual jaw-drops when, after the show, Adam Rosko announced who was with us that day. Me, I hooted in impressed acknowledgment. He told the audience how he hosted a viewing party on Dec. 29, 1967, when the episode first aired, and one of his friends -- Robert Englund, the future Freddy Kreuger of the Nightmare on Elm Street films -- enthused about how great the episode was and Gerrold replied "It's one episode of one TV show! No one's going to remember it in 20 years!" Nice when that's wrong for good reasons.

After this photo was taken, I got to shake David Gerrold's hand and tell him "It's an honor." I could've started rambling -- how I've been a Trek fan since 9, that I wore out my copy of his 1984 edition of The World of Star Trek, how one of my gateways to science fiction as a kid was his weird, far-from-perfect but ambitious kids' show Land of the Lost (I've cracked before that that show's probably the reason I like both SF and Survivor) -- but I reined myself in. And grinned a lot.

And now for more about getting to Trek in the Park for "The Trouble With Tribbles" yesterday. PHOTOS AWAIT BELOW THE CUT (unless you clicked the direct link).

And, finally for this entry, I'm in the Captain's Chair. Very, very near David Gerrold, who wrote the thing 46 years ago: 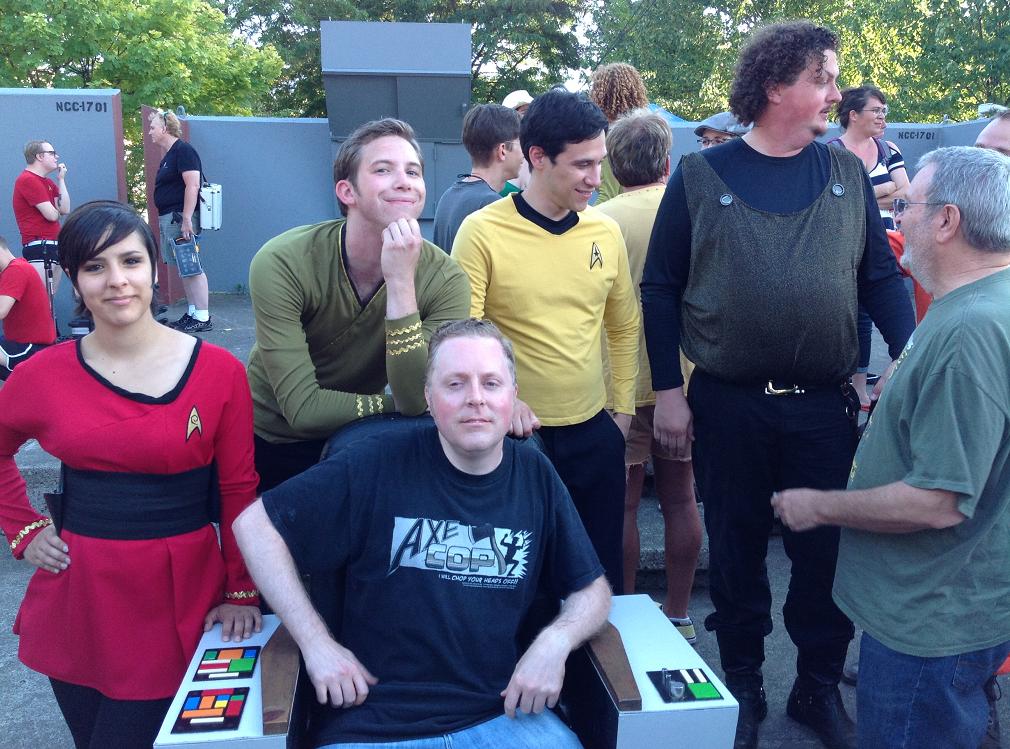 L to R: Enterprise crewmember/ Atomic Arts makeup person Erin Bray, Adam Rosko as Kirk, me, Ryan Castro (as Chekov; he also played Khan in 2010's "Space Seed"), Royal "Main Mast" Hebert as Korax, and David Gerrold (who, Royal said, "told me that he loved the nuance I brought to Korax. That is a thing that happened. Awesome").
Collapse