We are experiencing technical difficulties. Please stand by...

Sunday, my parents visited me here in Portland, and I had a great-good idea to introduce them to the goats (and one rooster) that live on the vacant lot at SE 11th and Belmont. Dad, because he has an iPhone and isn't afraid to use it, got photos of me and Mom meeting one of the newest goats there, a 2-week-old.

Finally I got ONE of the two to save properly. I'm declaring partial victory. Behold! 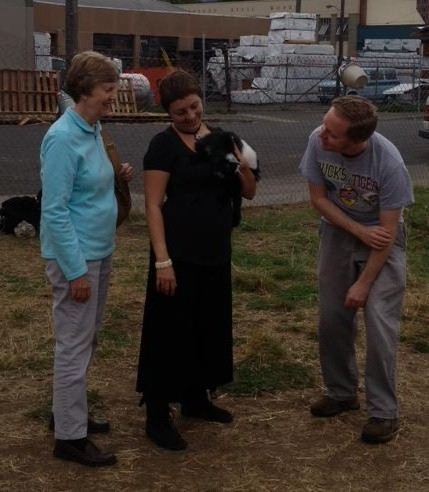 And now turn your head on the side and behold again! 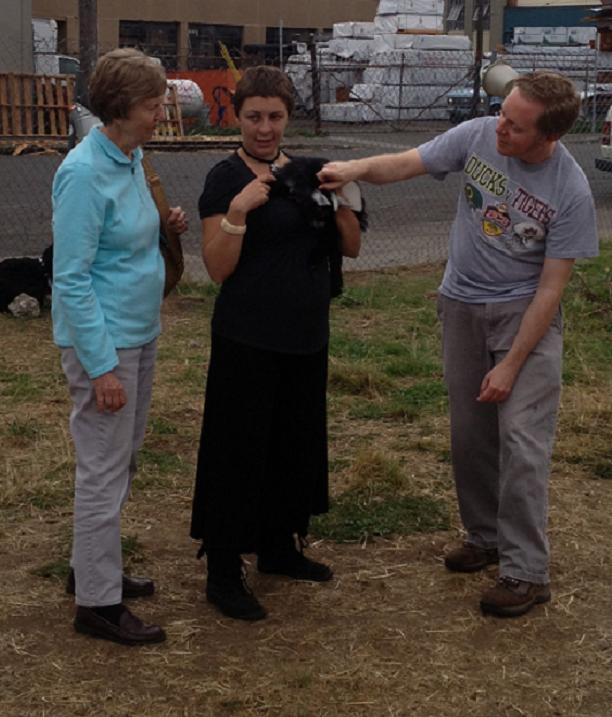 Edit: Huh. I swear that the second photo (where I'm scratching the goat's head) saved on its side, and showed on its side in the preview. Is this unexpected, accidental victory? If it is, I'll take it!