Sometimes I do this: 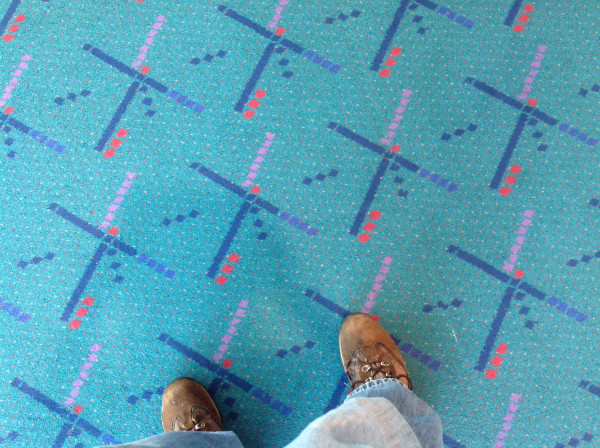 Like a lot of my friends and acquaintances did recently, I went to Portland International Airport (slogan "PDX: They nicknamed a city after us!"). Unlike them, I'm not traveling, the way lots of them traveled to and from San Diego for Comic-Con this past weekend (or the way my friend Deborah comes here because she works for an airline); I'm visiting instead.

I've done this since I could, living not too far from Dulles Airport in Northern Virginia. I'd sometimes drive out to that swoop-topped terminal, a genuinely striking -- heck, almost pretty -- airport building.

(I say "almost pretty" because, while I like that building a lot, the words of Douglas Adams echo in my head. Those words are "It can hardly be a coincidence that no language on Earth has ever produced the expression 'As pretty as an airport.' Airports are ugly. Some are very ugly. Some attain a degree of ugliness that can only be the result of a special effort. This ugliness arises because airports are full of people who are tired, cross, and have just discovered that their luggage has landed in Murmansk (Murmansk airport is the only exception of this otherwise infallible rule), and architects have on the whole tried to reflect this in their designs." - from page 1 of The Long Dark Tea-Time of the Soul)

Anyway. Dulles is striking. PDX is, in a way, comfortable. It's inviting even if you aren't leaving on a jet plane from it. Good shops, good restaurants (Burgerville just opened in one of the concourses), AC, wifi and a decent number of windows. It's also relatively easy to get to, thanks to MAX's Red Line.

I did that, because I was in the mood for a visit. I haven't run into anyone I know; I think I half-expected to. Late lunch plus my first, nice drink of Stumptown Coffee's coffee milk. I've read while here (just started The Tommyknockers by Stephen King) and, mostly, relaxed. 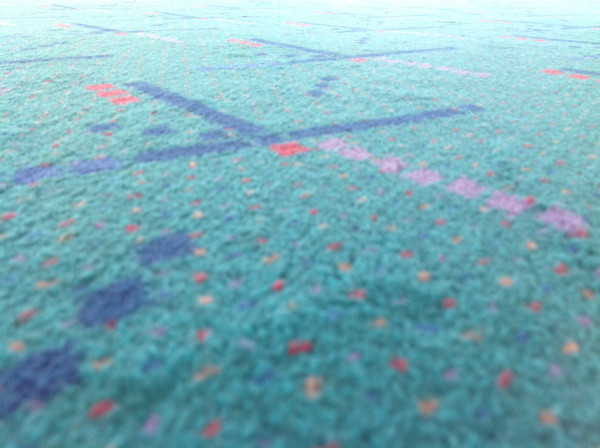