I confirmed that certain parts of Washington State still exist.

Today I road-tripped up I-205 and I-5 north; I hadn't been north of Vancouver, WA in literally years, maybe not since 2011. I didn't go far, as tempting as it might've been to go all the way to Seattle (I like visiting! I have a neat cousin there!), but I did get to a restaurant I last visited in 1993. The Columbia Inn Restaurant in Kalama, across the Columbia River from where the Trojan Nuclear Power Plant used to be, is your basic restaurant/diner, and it had stayed in my memory. (That 1993 trip was a neat one: my folks and I went to the shooting locations for Twin Peaks and Northern Exposure, got to see some of the set-up for a filming day on Northern Exposure, and also saw the stunningly beautiful San Juan Islands, where in places the view has barely changed since the 19th century.)

Traffic to and from Kalama was fine and manageable; I figured the middle of Labor Day weekend wouldn't have bad traffic. Weather was partly cloudy and comfortable, too, which also helped. I passed the Woodland State Airport, where once years ago a plane launched at, I noticed, a slower speed than the car I was in; that's also stayed in my memory. Coincidentally, as I parked, the northbound Amtrak between Portland and Seattle roared past; hey, good reminder to ride up to Seattle one of these days!

The Columbia Inn Restaurant has been open since 1955. A sign out front advertises that at different times, it served comedian Jack Benny and musician Elvis Presley: 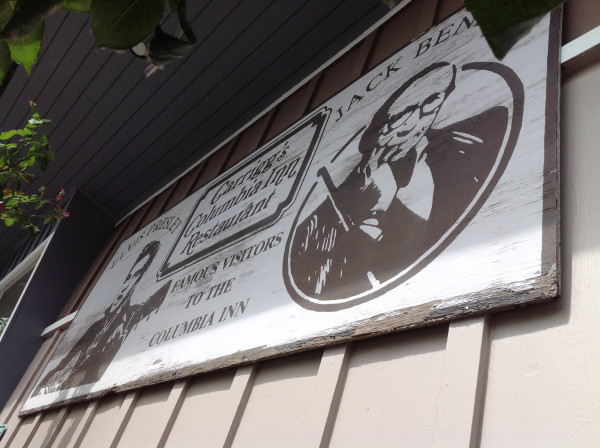 I took that picture at an oblique angle because of rampant roses growing in front of it: 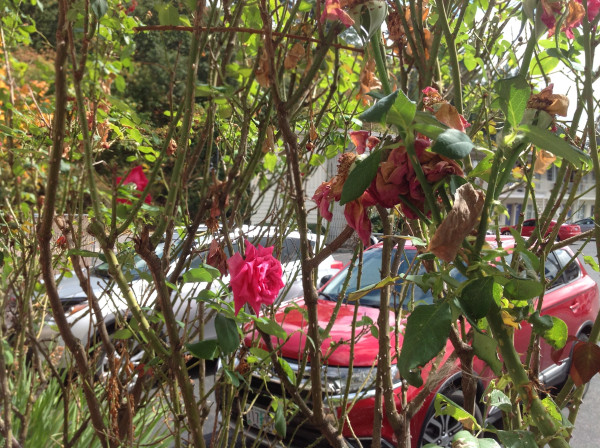 And for proof of life and restaurant, 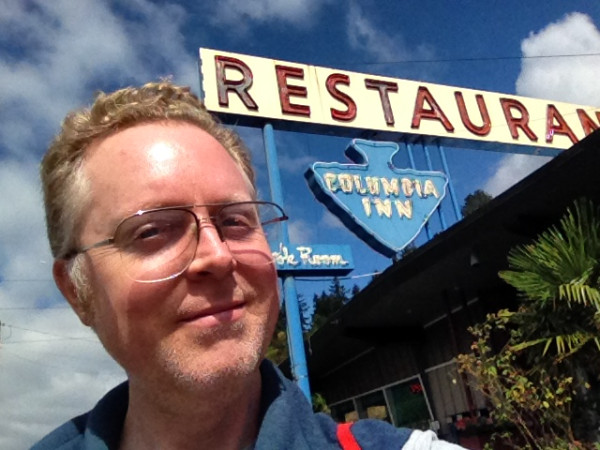 Both Benny and Presley have a hamburger named for them: Elvis's is one pound. Benny's, I think, should've been cheap. (Heh.)

After stopping for food and Pepsis, I walked the small downtown then hit the road, crossing back into Oregon at Longview. (I missed the signs for the Lewis & Clark Bridge though, and had to drive a little bit north before I could turn around and feel my way through Kelso and Longview to the bridge. Fuller disclosure!) Easy drive home, too.
Collapse