It included walking and bussing this afternoon and evening, as the weather cooled down — from one kind of comfortable to another, honestly. I walked down a part of SE Belmont I'd only been likely to go to back when I lived near there, in 2001 and 2002. I went there generally to see scenery and specifically to find this house on the 5600 block of SE Belmont: 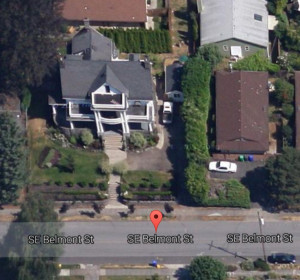 Local podcaster Aaron Duran (Geek in the City) has called that "Portland's Haunted Mansion," and I saw why.

I browsed more of Belmont, and its fair amount of new development (not yet — yet — as aggressive as on Division to the south), and also browsed at Movie Madness, reminding myself of the many films I've yet to see. Movie Madness is almost like Big Choice, the video store in Clerks that made Randal do this — 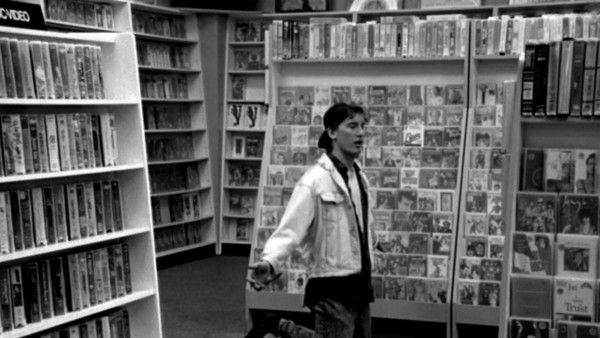 — with the added bonus that, unlike the store that doubled as Big Choice, Movie Madness still exists. Lots of eclectic and often hard-to-find films, plus movie memorabilia. We're talking a decorative "fu dog" from Citizen Kane, prop knifes from both Psycho and Scream, a model building from Blade Runner, one of the Maltese Falcons, and the bust of Phil LeMarr that Vincent Vega shot in Pulp Fiction. (There's a mirror above it showing the bullet hole.)

If Portland ever becomes impossible to walk, something would have gone horribly wrong.

I sound like a tour guide. Heck, I've led tours before, and Portland's worth touring...

"Fate Defecation is my next metal album. 🤘🏻" 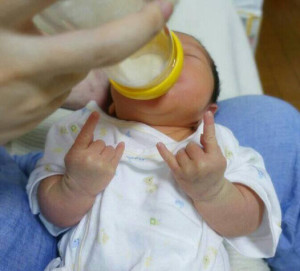