This takes disambiguation, a word I know thanks to Wikipedia:

The original Portlandia is the copper sculpture — the world's second largest, after the Statue of Liberty — installed in front of downtown's Portland Building in 1985. Back in the 2000s, a brief-lived movement pitched moving the statue to a lower perch on the Waterfront, but that got vetoed; the sculpture was built to be looked up at, and would've seemed out-of-proportion closer to eye level.

Then, Portlandia the show arrived. I've seen only one full episode (the one I'm in) and a smattering of sketches. If you enjoy it, that's good. If you don't, that's fine. If you work for it, that's great! I'm talking about my fair burg's reaction to it.

It's a naming convention now.

You can get all sorts of food from carts at Deep SE's Cartlandia. Smoke-like accessories at Vapelandia. Marijuana-related stuff at Headlandia (a few blocks down Hawthorne). Mexican food at Tortalandia, just off Foster. The Portland Mercado, in my neighborhood, just added Burgerlandia, burgers with Latin-influenced ingredients. Portland also has the Artslandia arts markets, such as one in the Pearl District (which got that name around 2000, but...if it had been named later...would it have been Pearlandia?) At this rate, we could get a vitamin/supplement shop called Wortlandia.

A couple of -ia places and things have already come and gone. The marijuana dispensary Potlandia used to be in St. Johns. The Portland Trail Blazers used to have a web show, "Sportlandia," which Funemployment Radio's Greg Nibler and Sarah X. Dylan hosted.

I've even seen an ad for "PORTLANDIA FORTUNE TELLERS" for parties and events.

It's really no more silly than naming things ___-land, which we've done for ever, like 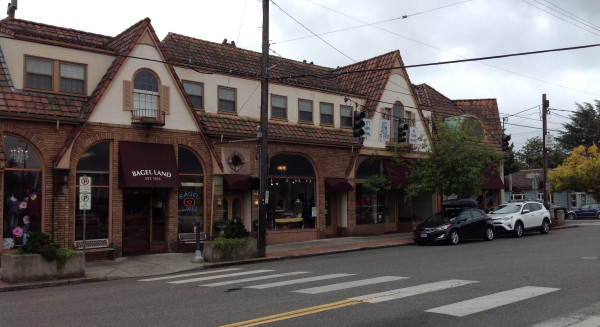 Bagel Land at NE 42nd and Fremont, but I find "-land" solid and "-landia" cutesy. I just think "Cartland" sounds better than "Cartlandia." Not a name, but I appreciated Advance Auto Parts opening stores in town with this slogan last spring: 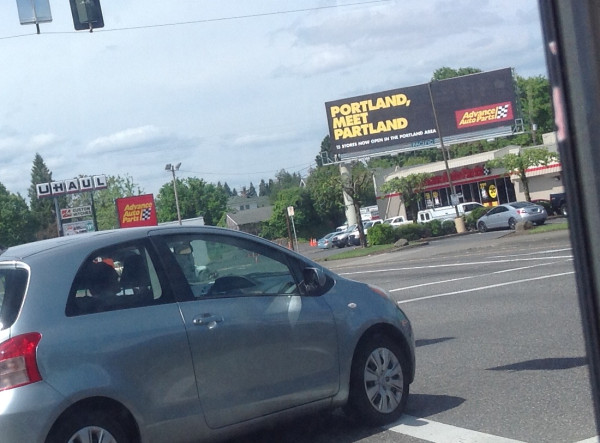 Personal bias aside, I also figure the names will date quickly. Portlandia will, I believe, end after its seventh season (six seasons have aired); what will the show's afterlife be like? Even if creators Carrie Brownstein and Fred Armisen ever decide to revive it (hey, it's their prerogative), there are almost certainly more episodes in the show's past now than in its future, barring a Twin Peaks-style revival in, oh, 2032. How long will these businesses last? How long will they last under those names? What naming conventions will hit Portlandia, I mean Portland, in the future?

And this is still more of a pop-cultural imprint than what Avatar has now...
Collapse