I ascended into a new level of consciousness (thanks, V'Ger) and went off in a blaze of ligh— no. 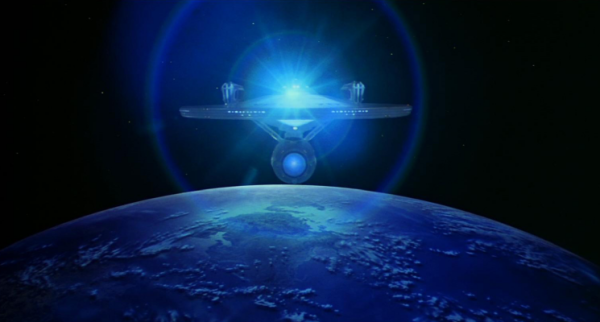 No, I'm not doing NaNoWriMo (National Novel Writing Month), but power to you if you do. But I've been writing more.

Some of that writing is really editing: I've gone into stories partway-done on my desktop, and revised (usually cutting) them. That sentence didn't need 17 words; I can say it in 12, I think at some level. (Ooo! Nine!, I also sometimes think.) Makes me, I hope, more ready to write further into those stories, since Stories Need Endings. My ending-less stories aren't going to have the staying power of, say, Chrétien de Troyes' Perceval, the Story of the Grail, which he didn't finish, so finishing them is a good idea.

'course, one story I'm working on is called "Attack Clouds," which probably wouldn't have that staying power either, but hey, I can hope, right?

I mentioned my desktop. It's currently at a makeshift standing desk in my bedroom (a chair would be a tight fit). How makeshift? The keyboard sits on my copy of The Riverside Shakespeare. I guess and hope Shakespeare wouldn't mind. I figured out that, for whatever reasons, I have an easier time writing fiction on it than on my iPad. (More signs my blog is truthful!) Meanwhile, I'm doing poetry, and I generally feel better about my poems if I write them out longhand than if I do them on the tablet or the desktop. 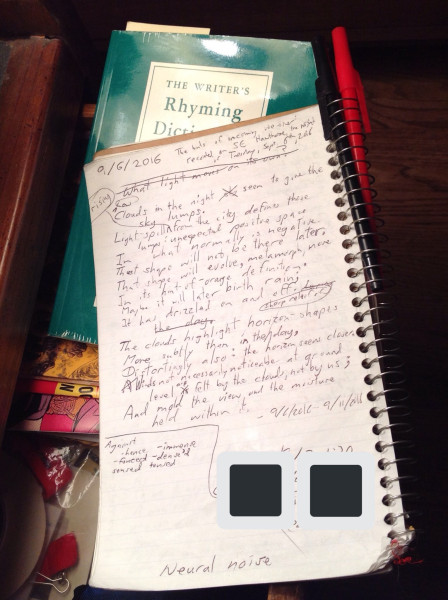 (That shot is slightly doctored to cover a personal note.)

I've been using that notebook for poems since last February: my own, plus some of the poetry exercises Stephen Fry suggested in his book The Ode Less Traveled. I already have another, and sturdier, notebook waiting for when I fill this.

I like that I'm paying more attention to how I write. It's one way I've been productive lately.

May all of us who are writing have a productive time finding our words!
Collapse