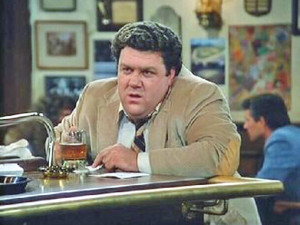 But I did get bar time this weekend, at Beulahland on Saturday, where the people working (including my friend Mary-Suzanne, who works there now) let me hang at the end of one of the diner-bar's two counters for several hours. I read, listened to the noise rise and ebb and rise, and absorbed ambience. I like the place. I've been going there since late 2011, at Mary-Suzanne's recommendation. (This was years before she joined the bar staff.) I've seen some basketball, a good amount of music videos (they used to have a weekly music video night), and lots of soccer there; it's a Portland Timbers bar, has been for years, and an Arsenal bar. I kind of hope that if producer/Arsenal fan Gale Anne Hurd (Aliens, The Walking Dead, and a grip of others) ever produces a film or TV show in Portland, she'd try out Beulah.

I was not back at Beulah Sunday morning, but Arsenal fans were. It opened for an early game. A 4:30 a.m. Pacific Standard Time game. At that time the bar serves only coffee. The kitchen's not open yet, and of course it's illegal to sell alcohol at that time of night.

Anyway, I watched for a chunk of morning and afternoon on Saturday: the place's slow moments, its slammed moments ("9-top!" Mary-Suzanne called at one point: a party of 9, in other words), and the behind-the-scenes hustle and bustle. I got to smell the limes, lemons and oranges as they were sliced for future drinks; I watched the staff straighten out orders that weren't correct; I saw one worker light up one of those cocktails that gets briefly lit on fire. (I do not know anything about those kinds of cocktails, so I wil be vague other than being all "Fire! Fire! Fire!")

I asked permission to stick around for a while, since I waited until late to order a small amount of food (and no flaming cocktails, but hey, MAYBE OTHER TIMES), and I appreciate that they let me hang around. Did Norm ever ask permission? I think not. DID NORM EVER PAY ALL OF HIS BAR TAB? Maybe not!

More ways I am not like Norm are here. You may be amused by that.
Collapse