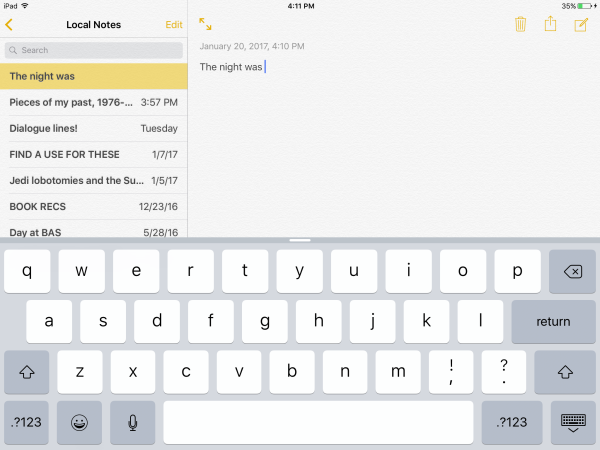 This is a rare, for me, locked post. I want to sort out my thoughts with a smaller audience, with less of a chance that someone will be an asshole. This is a privilege a lot of people don't have; they're forced to be out of their comfort zone talking about politics, because politics will likely, directly affect them more. I don't have to be out of my political comfort zone, yet. Except that's bullshit. A friend told me after the election (paraphrased) "You have an online voice people are likely to listen to. You're eloquent. You're also white." The friend's meaning: I can use my white male privilege for good.

For now, I will describe my day, Friday, Inauguration Day 2017:

Woke up earlier than I'd hoped, in the 4:00 hour, and couldn't get back to sleep; I held onto the small comfort that I'd slept well until I woke. Lying there, I decided: the swearing-in would be at 9:00 a.m. Pacific Time; I wanted to be outside, and offline, then. So, after a small breakfast, a walk.

It became a long walk. I walked to the Woodstock neighborhood near where I live, boarded a bus, and headed towards the Oaks Bottom Wildlife Refuge I used to live near. I wanted to walk near the river, near woods, away from most people. Wrench in that plan: the path I would have taken was closed due to the weather. I walked up Milwaukie Ave. instead, a walk I did often in the 12 years (the entirety of the George W. Bush Administration and much of the Obama Administration) I lived near Milwaukie Ave. From there: SE 11th Ave., over to 12th Ave., through a neighborhood over to E. Burnside, and up to Beulahland for lunch. Four miles, approximately. Yeah, when I need time to myself, often I walk.

I sought out a place I like, to eat and rest and tiptoe online, by now well after the swearing-in that I'd wanted to avoid. The bar/diner did not have the TVs on; and the little bit of online searching I did was all I wanted to do online. Mainly I ate lunch, read a book, and thought.

I feel the new President is a disastrous choice.

I know people who think it's great he's now in the White House.

I don't know what I'm going to say to the people I know who believe that.

I don't know what I'm going to say to the people I know who, before the election, were militantly pro-Sen. Sanders (or, to a lesser extent in my circle of friends, Jill Stein) to the point that they were tearing down Sen. and former Secretary of State Clinton as a terrible choice, and continued to do so after Clinton won the Democratic nomination...and are now posting Trump was a terrible choice posts. I want to yell And the way you chose to fight Trump backfired! Your actions are among the reasons he's now in the White House! YOU HELPED.

Reasons. Ugh, God, so many reasons this election went the way it did, and going over the myriad reasons makes me tired again. And angry. I voted for Clinton. I voted gladly for her. She would have been a good president. Now she'll never get to.

Eventually, my anger might overwhelm my mental roadblock. I want, when that happens, not to explode. (I've wanted sometimes to yell. Just yell, inarticulately yell. That would be COUNTER-PRODUCTIVE.) How to keep fair when I finally do that? How to stay articulate? How to get through to people that the choice we made is Not OK? How to stretch my arguing muscles? It just takes practice. I haven't practiced. And I'm feeling that lack of practice.

I could go on. I could say more. The bottom line is, today: I'm tired.

Eventually, I won't be able to afford to be tired.

Sympathies to anyone who's been struggling with this election...since Nov. 8th, 2016 and even well before that. It was a grinding, dispiriting election season for so many of us. If you're tired, you're not alone.

How can I make others feel less alone?
Collapse