On Friday, May 26th, 2017, a man on the Portland MAX was harassing two young women based on their religion. People stepped in to intervene. The man attacked, killing two men and severely wounding a third.

The next day, a public memorial and vigil was held to remember the people who died, the man who was wounded, and the other people affected by the man's attack.

TriMet soon decided to build a memorial at Hollywood Transit Center, near where the attack happened. Yesterday, I visited the completed memorial. 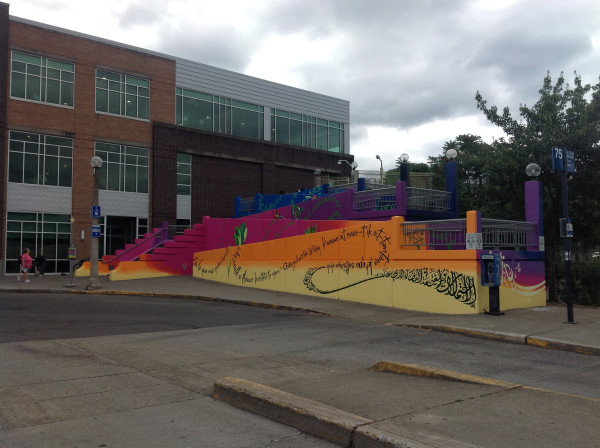