That's not the official name now of The Belmont Goats. They're still the Belmont Goats. The herd (14 goats and a chicken) are now in their fourth home: first was in the Buckman neighborhood at SE 11th and Belmont, on a plot that's been developed; second was a now-in-development lot at SE 91st and Foster; third was the lot next to Wattles Boys & Girls Club at SE 92nd and Harold; fourth is a place between houses and a railroad cut in North Portland's University Park. Offically it's a block west of N Syracuse and Macrum.

Today, because I have sneakers now instead of the disintegrating hard shoes I wore until recently, and because I knew there was a chance the herd would be open for visitors, I drove up to the site. One of the owners was there, finishing a repair and in the mood to hang out with the goats, and that owner let me in. 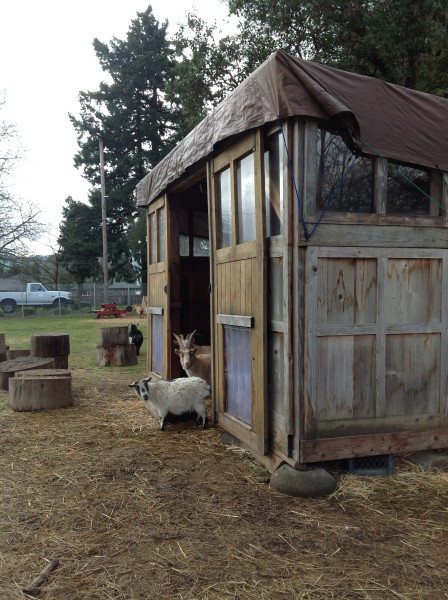 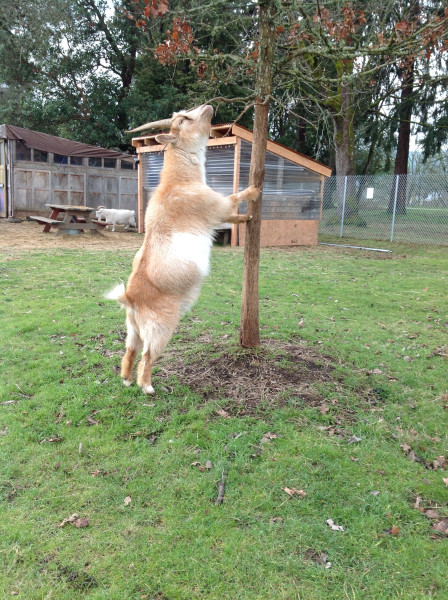 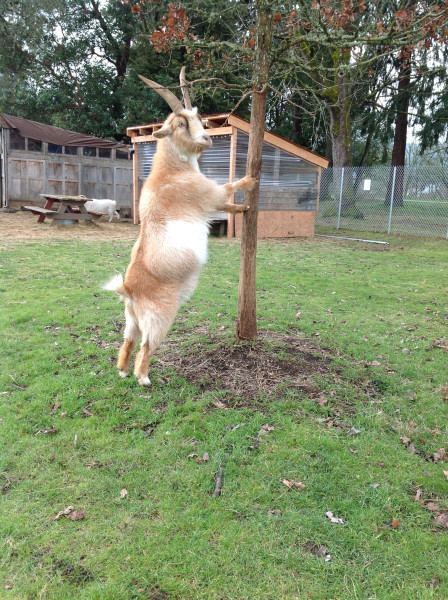 The University Park spot where the Belmont Gosts now live had a temporary shelter that the goats and chicken stayed in before the larger main shelter could get disassembled and moved from Lents to the new site. According to the owner I spoke with, the herd got by during colder weather staying in the smaller shelter, not getting cabin fever or too territorial; huddling for warmth is a good idea for goats in winter, too. Anyway, here's half a minute of goats and a chicken hanging out in the smaller shelter.