This is where I work. 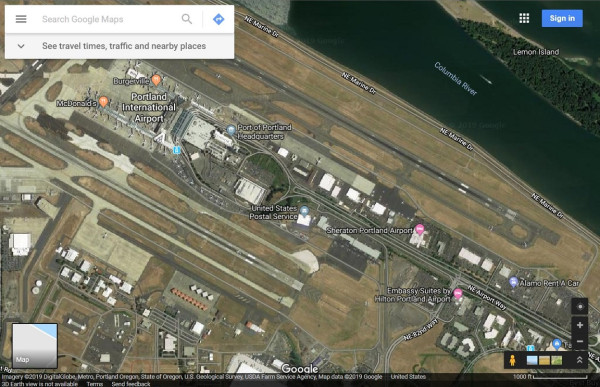 I do loops* in that area: taking customers' cars from the Valet booth near the terminal to the garage, and later taking customers' cars from the garage back to the booth to be picked up. Sometimes I take vehicles to the overflow lot we have, farther out off of Airport Way (still in this shot, though I won't point out where exactly), if those vehicles are oversize so they wouldn't fit in the garage or are not getting picked up for a week or so. Basically, if I drive outside this area, something's unusual. (Once I got detoured because of an accident, and what's usually a 2 1/2-mile trip took 6 1/2 miles.)

The beginning of that trip used to look like this, before the current construction projects. 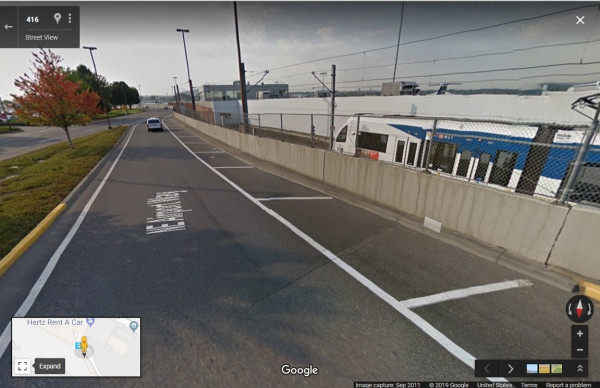 No, I don't race any MAX train that happens to be pulling out of the airport station. Anyway, then the route used to look like this: 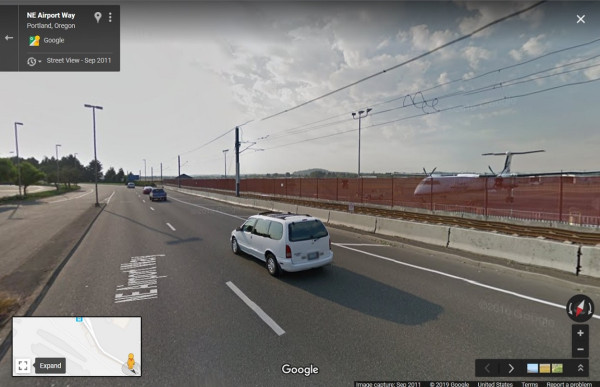 Note that the approach on the left is a little different now due, again, to construction, but the right side of the road looks the same now. Note that there is no sidewalk. There's a tiny bit of curb, but not a full-fledged sidewalk.

People walk on that curb. Some people think that's the way to walk away from the terminal. It is, um, NOT. But people walk there. Even though it's legitimately dangerous to walk there, and the approach some people take to get there literally has a "Sidewalk Closed" sign and the other approach people take requires them to CROSS LANES AT WHAT AREN'T CROSSWALKS. Meanwhile, an actual pedestrian/bicyclist path does reach to the terminal, on the terminal's north end. NORTH. Not this, on the south side.

Then they get here. 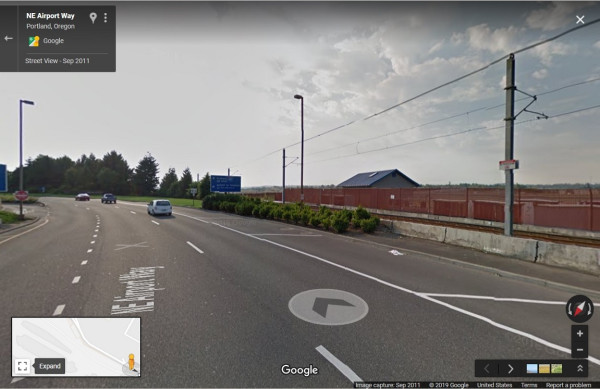 THERE. Some space to get a little bit away from traffic, even if it's a shoulder followed by a decorative lawn and not a sidewalk. But there's a lot of traffic. Lots of people drive to and from PDX. Lots. And, again, still, NOT A SIDEWALK. Argh. But, as a good, careful, conscientious driver, I watch out if people are. (As I think I've mentioned, someone was once walking IN THE LEFT LANE OF THE ROAD AWAY FROM THE TERMINAL. While looking at his phone. Not looking at all the cars going past him.)

With the weather getting nicer these past few months, I've worried I'd see more people doing this walk. I'm semi-relieved to say that the number of people doing so hasn't seemed to have gone up, but it's a hazard of this job and this area.

Just, maybe ask "Hey, I need to leave the airport on foot. How do I do it without the risk of getting killed?"

* NOT DOUGHNUTS, LOOPS. If I drove doughnuts, tires all screeching and rubber burning, I'd get fired. So, so fired.
Collapse