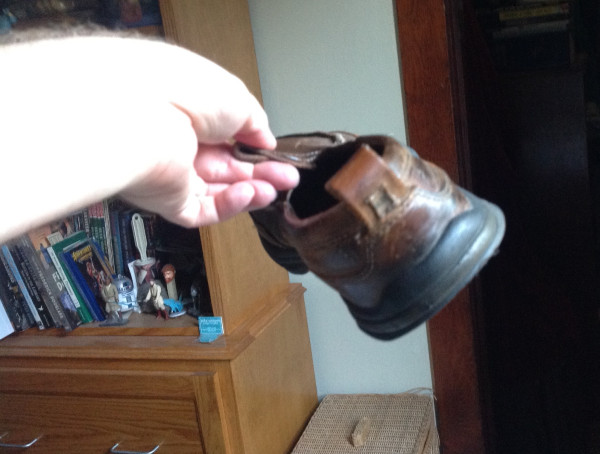 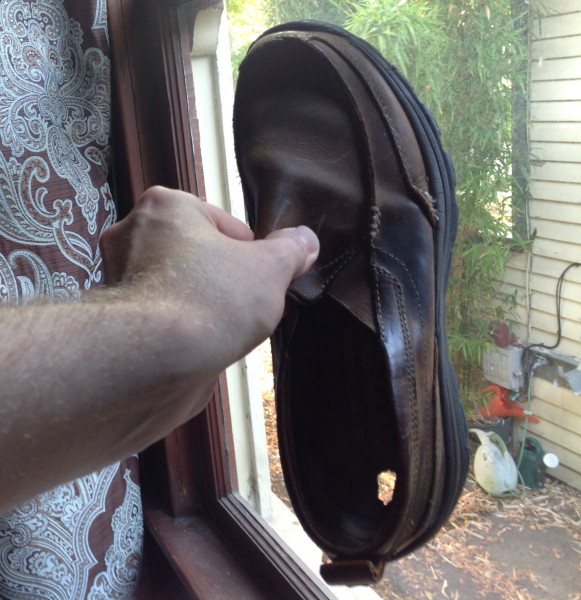 Yes, that's a hole. This is not the first time I've worn shoes until they had holes (well, I mean, more holes). I wore sneakers in high school that practically disintegrated and about five years ago, the previous hard shoes I'd owned opened up at the front, like they'd grown mouths. I made an emergency shoe shopping trip soon after that, to get a new pair. Unless I'm missing something, they were these shoes.

They're still useful. Until I got around earlier this year to buying new slippers that I needed, I used these as slippers. And they still work as "shoes I put on if I need to take out recycling or go to the corner to get a newspaper" shoes. I'd considered throwing them out, like a more recent pair of hard shoes I wore to work at the valet service for my first few months there until I thought that maybe they were wrong for such an on-the-go job so I bought new sneakers and yep, the sneakers were much better for my feet; I haven't thrown these out, as hobbled as they look.

I want stuff to get used. As fully used as possible.
Collapse