I dwell. I've known I can, for much of my 45 years of life. I almost want to say it's a skill, but really it's a tendency. It's something I'm too used to. (I'm working to stay as vague as possible. Too specific and I might make myself uncomfortable. Or maybe even get myself in trouble.)

I want to give silly examples. There are two buildings along I-5 in Northwestern Oregon, one just south of Portland's Terwilliger Curves, one in Salem about an hour farther south — 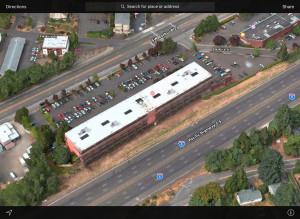 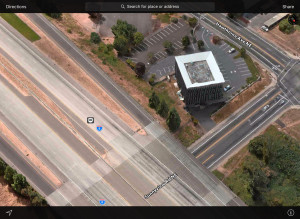 — and those buildings used to bother me. Really bother me. They are, I think, ugly. I've driven past them a lot, ever since the early Nineties when I'd be going between family homes in Portland and college down in Eugene. I've tried not looking at them as I pass, but of course the mental effort (don't think of puce-colored rollerblading Great Danes) meant I was Thinking About Them.

I don't remember what I did to stop being so focused on those two particular ugly (to me) buildings. But I really had an issue with them. And that affected me at times.

See? Silly. Because this topic hits close to home otherwise.

A less-silly example: a former housemate of mine. We lived in the two bedrooms in the basement of a three-story house shared by a bunch of people: up to six of us, though it varied from four to six during my time. I lived there January 2001 to mid-August 2002, when I moved into a studio where I lived for the next 12 years. And sometime around 2004, it hit me: it had felt like I'd lived so much longer in the house, because there'd been so much drama in the house. Drama caused by that former housemate of mine who was also in the basement. Drama I got away from.

I felt weird about that drama, how it lingered. I dwelled on it. But, I then dwelled on it less. Then less. The weirdness of that time still comes back to me (remember, that time also included 9/11), but being Away From The Drama, likely, helped me to dwell less.

Somehow, I've stopped. Somehow, I can stop. All part of self-improvement.
Collapse