As I figured, I stayed in today. I still showered, because I feel better, and more put-together, when I do so. Lots of reading: finished Charles de Lint's The Dreaming Place, which has a damn (and damn well-done) emotional ending, and read more of Neil Gaiman's The Sandman. I've reached "World's End," Vol. 8 of 10 of the original run.

Not much change, outside.

The boredom of lockdown hit me especially hard today. This morning seemed long, longer even than weekend mornings often feel. But my masks wouldn't block smoke as well as they block virus molecules, so getting outside for more than minimal time is a bad idea until the air clears of smoke at least a bit.

I also had my latest vivid dream. They've been more vivid than usual, which for me says a lot. Last night's was me writing my own screenplay for an alternate Star Wars Episode IX — I'd written "Episode 9x" on the cover page — in an apartment, only leaving to go out of the apartment building to see how other residents were coping with, um, a car that had crashed into a unit. Apparently no people, or I mean dream-people, had been injured in that crash; still, I didn't really want to dream about accidents, even apparently impossible ones.

Seems like COVID isn't a thing in my recent dreams. I'm not sure if that's good, bad, or neutral.

Oh, and in that dream at least one scene I was writing into that fanfic-Star Wars script was based on a vivid previous dream I'd had about Star Wars. Maybe I was coming up with good material.

This entry? Yeah, I was wrong. About one thing.

Portland's air is smokier than Corellia, at least the part of Corellia shown in the early scenes of the 2018 film Solo: a Star Wars Story.

There. I stay honest. 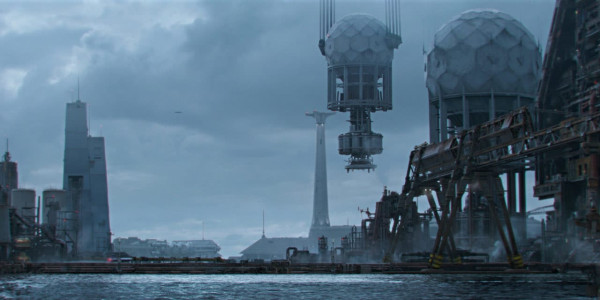