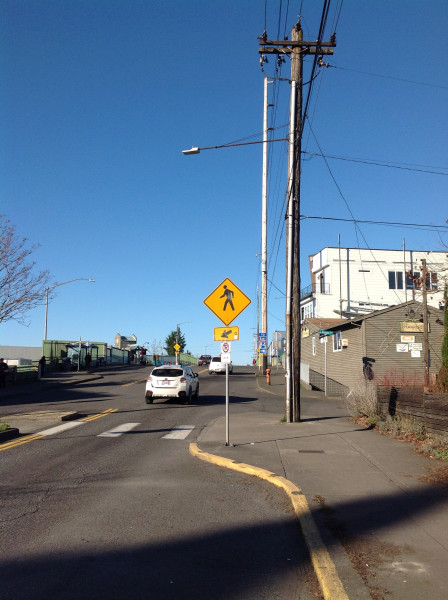 No lie: people I know have called it The Portal. NE 60th Avenue overpassing the Banfield: since 1986, a place where MAX trains stop on their way from or to downtown. A bridge, wrapped in sounds of vehicles passing along, and freeway traffic, light rail, and freight trains passing below. Infrastructure, doing its job. 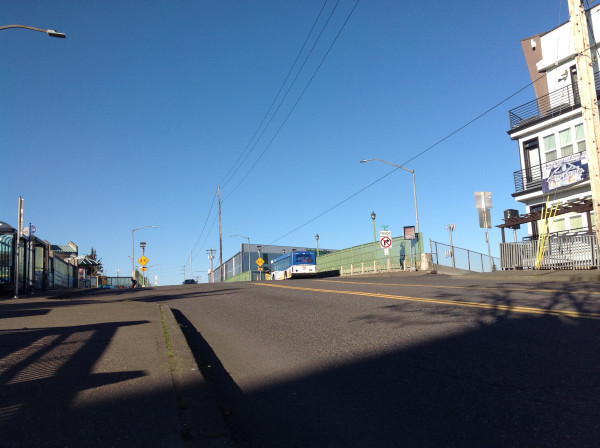 People pass through. Some wait to then get farther on buses or trains, checking phones or reading books or talking to others until their ride arrives. They never stop for long. The fancy word for this is liminal: at a boundary, a threshold: where you change direction, transfer; not a place to stay. 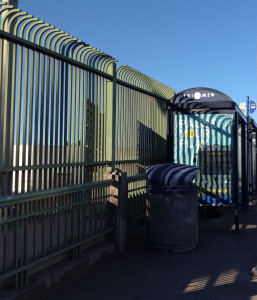 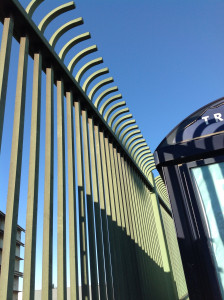 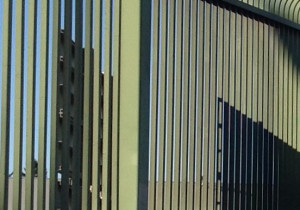 Some houses — and part of a large assisted living complex — overlook the bridge. In the past, before the Banfield, houses overlooked the gulch that was a natural home for the train tracks. But, then, the expressway and a re-engineered gulch with walls, absorbing some of the added noise and changing the view. 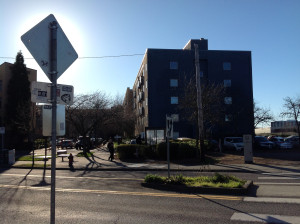 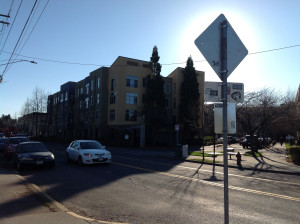 Not as many trees as you'd expect, not in Portland: especially not on the north side. Sometimes, what nature is there has a burnt quality, of not quite enough water in this so-watered land. (The green of the railings which protect us from a fall is, maybe by design, a not-quite-natural green.) 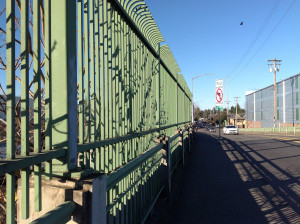 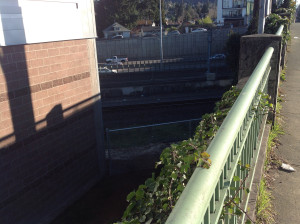 A newer house, angular and narrow to fit its lot, is close. Its three above-ground stories shadow the traffic headed to the freeway eastbound. One hopes it's soundproofed well, taking the rumble-noise down to something like fake ocean waves. 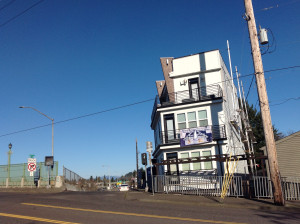 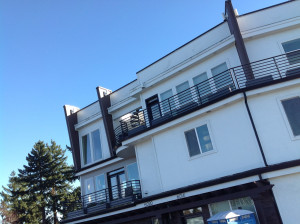 The bridge humps; when driving or riding or walking on it, you can't see much of what is north. Simply sky, maybe planes, into or out of PDX a few miles away. An aerial freeway, just out of earshot. From the north looking south, Mt. Tabor rises above the hump: backlit, tree-covered, a little unexpected. ("That was a volcano?") 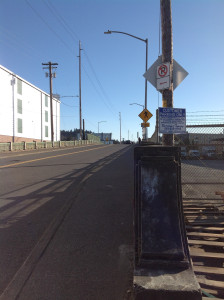 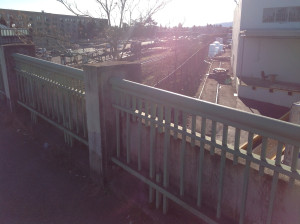 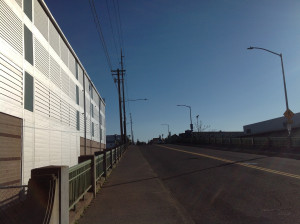 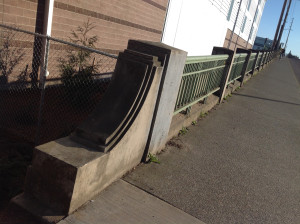 No surprise the freeway looks old. By freeway standards, it is (it opened in 1955). Concrete often looks worn no matter when it was poured. Patches on patches as the road is kept up, potholes created then filled, maintenance that carves away whole layers of cement before replacement, to start to wear down again. The bridge doesn't need as much upkeep, of course: less traffic. Lighter traffic. Slower (it had better be) traffic. Is it slower than is typical on roads nearby? Maybe, with that hump and that mostly-sky view. 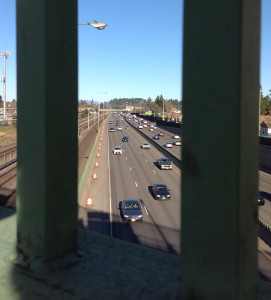 What was different here?

The area shouldn't seem odd, shouldn't seem off. It's not I-5, built where hundreds of houses once stood between N. Minnesota and N. Missouri Avenues. Many city freeways have ghosts: the ghosts of demolished homes, demolished neighborhoods. Here, that's not what's going on. 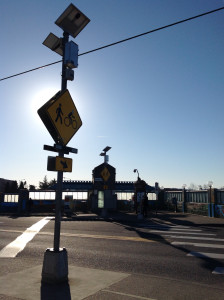 What is different here?

What is the energy of this place? What's its feel? Why does it seem that this bridge might,
even briefly,
send you
somewhere
unexpected? Send you on a somehow sideways trip? Maybe move you to and point you towards what feels slightly unreal, warped, like a direction which isn't possible? Perhaps show you what you wouldn't otherwise notice, maybe even what you shouldn't notice?

What, here, will you notice?

What should you notice? 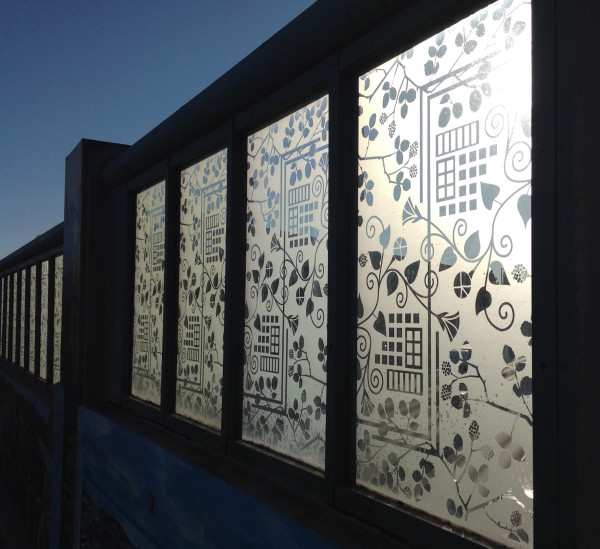